The United Nations ranks plastic pollution as the second most dangerous threat to the global environment, only behind climate change. Plastic was designed to be durable and last a long time, so single-use plastics are by nature irresponsible and unsustainable. Nearly half of the 300 million tons of plastics produced each year are only used a few short minutes before they are tossed away into our lakes, oceans, and landfills to sit for hundreds of years.

In terms of plastic abundance, Lake Erie, the smallest Great Lake, has the second highest amount of plastic particles out of all the Great Lakes, and one of the highest concentrations of microplastics in the world. Most people don’t realize that Lake Erie has as much plastic, and even more in some cases, than the huge garbage patches reported in the oceans. Because of its rough waters and location near multiple cities, these plastics are broken down into microplastics, which are almost impossible to filter out of the water. These microplastics can disrupt natural food webs and even reduce the quality, size, and reproductive capabilities of the local fish we eat.

How it Affects You

You Are Literally Drinking Plastic 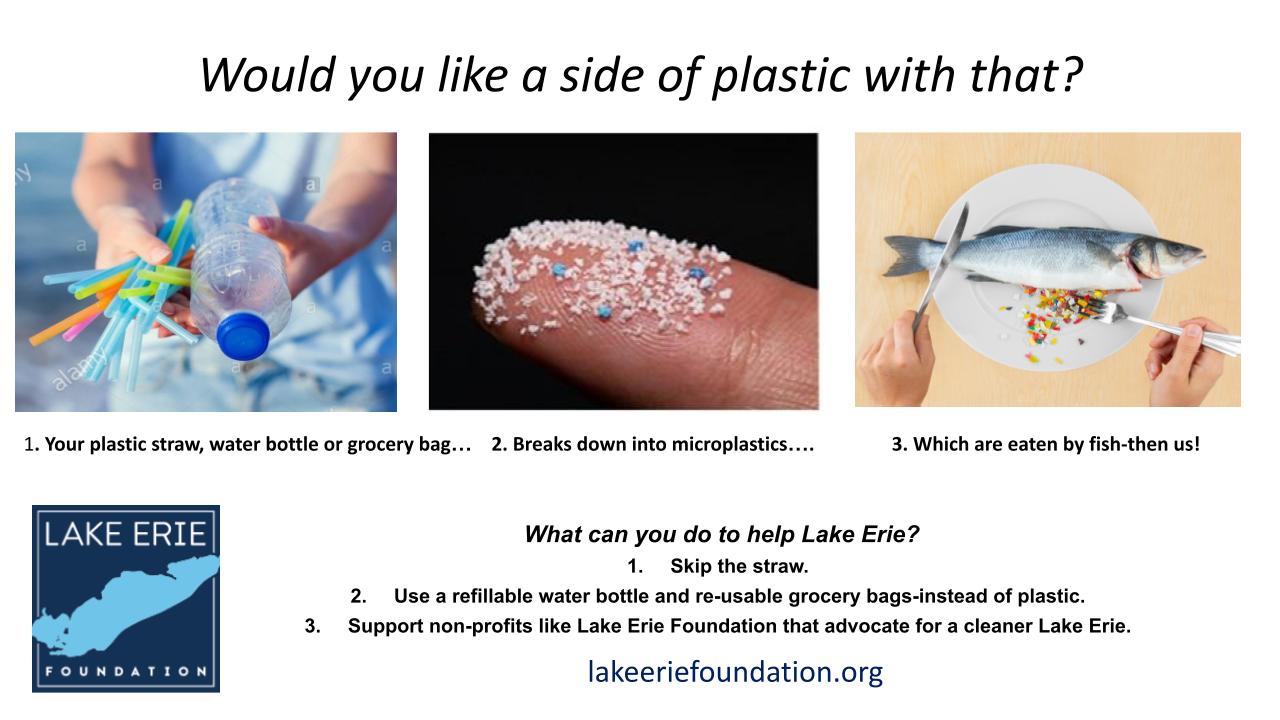 When you drink water, beverages made with water, eat fish, or consume food processed with water, you’re almost certainly ingesting tiny particles of plastic known as microplastics. Some estimates suggest that we are ingesting up to 52,000 microplastics per year. Not only are you drinking plastic, you’re also ingesting the toxic chemicals that make up and attach to microplastics. This can include BPA’s, styrene, bleach, perfume, flame retardants, and many other harmful chemicals not intended for human consumption.

These chemicals can cause all sorts of health issues, including a weakened immune system and hormone imbalances that decrease sperm levels in men and negatively impact the human ability to reproduce. They are also known to increase your risk of developing cancer. Ultimately, microplastics are simultaneously increasing our chances of death while decreasing our ability to reproduce. Even babies are ingesting these harmful chemicals from microplastics in the womb, leading to increased chances of developmental delays.

Read more about Microplastics in the Great Lakes via Crain’s Chicago Business here.

What You Can Do About It

Take a Stake in the Lake!

Plastics and microplastics are a critical problem impacting Lake Erie. The water we drink, eat, and grow from is polluted with microplastics. These plastics come from the choices we make for single use plastics. 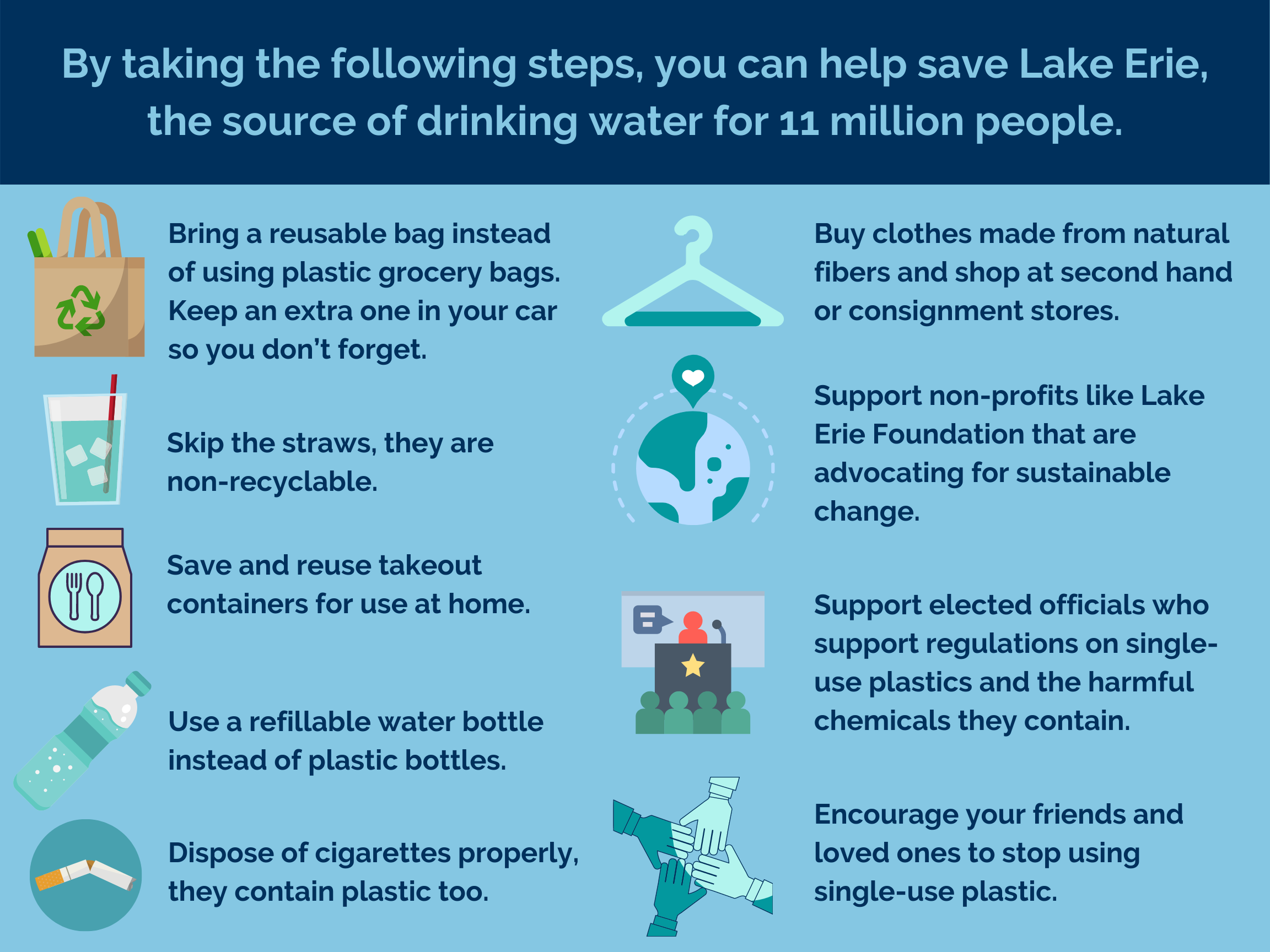 Check out these helpful links for more suggestions on how to reduce plastic pollution:

Interested in learning even more about this issue? Check out these related articles: