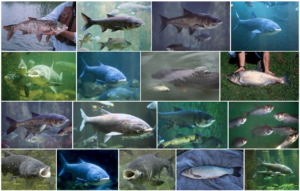 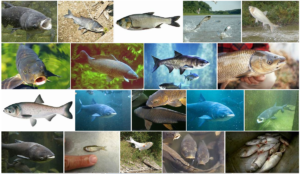 The Coast Guard Authorization Act of 2018 has been passed and signed into law with a Vessel Incidental Discharge Act component that establishes a new US EPA $50 Million monitoring program. It increases protections for preventing invasive species introductions, while keeping the shipping industry functional. The economic impact of aquatic invasive species is estimated at $138 million or more per year, which is an extremely conservative estimate. Since the introduction of the zebra and quagga mussels in the late 1980s, the cost to municipal water systems and others is in the billions without consideration to the impact on plankton that is the base of the food chain.

Great Lakes ecosystems have been transformed by invasive species like zebra mussels, quagga mussels, and round gobies. In Deep Lake Explorer, you will learn to identify these species in underwater videos and can see for yourself how invaders transform coastal areas. You can also experience deep, pristine habitats with native fish and other fascinating organisms. These places are nearly impossible to see in person.

Asian carp (big head, black, grass, and silver) are on the verge of being established in the Great Lakes. The potential impact of these species could devastate Lake Erie. The primary potential entry point is the Chicago Sanitary and Ship Canal / Illinois River which is currently being blocked by a series of electronic barriers. There have been concerns on the effectiveness of this system. The Brandon Road Locks Project Study has been under review by the United States Army Corps of Engineers for several years. The study has recently been released with an increased cost estimate from $275 million to $777.8 million.

This project will include the rebuilding of the locks at Brandon Rd. with an array of technologies involving a series of electrical barriers, sound barriers, and a bubble wall system to provide maximum protection to prevent their passage.

The potential impact of the silver carp has been well established with their tendency to leap out of the water when startled causing extreme potential harm to recreational boaters. The silver and big head carp have the potential to reduce the base of the food chain already seriously impaired by the quagga and zebra mussels further reducing the plankton population in the ecosystem.

We invite you to explore the updated Asian carp website, which can now be accessed via phones, tablets, and other mobile devices. With more intuitive navigation and organization, learning about the fight against invasive Asian carp is easier than ever.

Controlling phragmites, the invasive plant we see along the highways and shorelines of Lake Erie, is challenging. The root system of this perennial, aggressive wetland grass is dense and the tall, thick stands snuff out native cattails and reduce habitat for turtles, frogs, birds, and more.

Property owners and managers can control phragmites. According to the Michigan Department of Environmental Quality, by using an integrated pest management approach that includes an initial herbicide treatment followed by mechanical removal (e.g., cutting, mowing) and annual maintenance. For large areas with dense stands of phragmites, prescribed burning used after herbicide treatment can provide additional control and ecological benefits over mechanical removal. Early detection is key to preventing large dense stands and is also more cost efficient. Permits may be required for phragmites treatment. 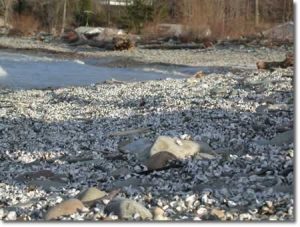