Did you ever wonder what is meant by this designation? Below are several great links to understand what the term means and why it is an important first step in helping protect Lake Erie’s water quality.

The burning in the Cuyahoga River has been the brunt of jokes for decades. Lake Erie was known as the lake that was dying in the 1970s. In truth, Lake Erie never ‘died,’ but it is true that sport fish populations were very low, there was algae in the lake, and in general, the world’s 11th largest lake was in big trouble. 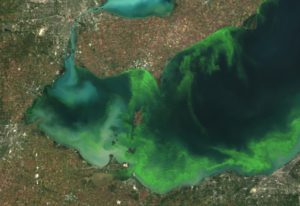 There was a massive effort to bring Lake Erie back to a healthy state. The good news is that because Lake Erie is so shallow and turns over every 2.6 years, that it can get healthy pretty fast if the problem sources are reduced/eliminated. The Great Lakes Water Quality Agreement between the United States and Canada set phosphorus limits for Lake Erie at 0.1 mg/liter and mercury limits at .01 mg/liter. At the time, all sources of nutrients, especially phosphorus, were targeted for reductions. The amount of phosphorus coming into Lake Erie was halved from the 1970s to the 1980s. The major sources of phosphorus reductions were phosphorus outputs at wastewater plant discharges; eliminating phosphorous from laundry detergent; and no-till farming practices. 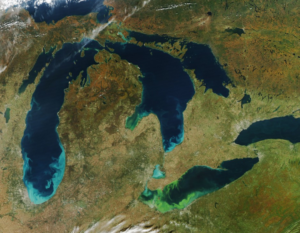 Because of the phosphorus reductions, our Lake became much more clear and clean. Fish flourished and Lake Erie became known as the “Walleye Capital of the World.” Tourists once again flocked to Lake Erie. Lake Erie became the greatest ecosystem recovery in the world.

Then, from about 2003 on, noticeable algae blooms were once again in the lake. Heidelberg University’s water quality lab showed that dissolved reactive phosphorous was steadily increasing since 1995.

State required Clean Water Act reports deal with a complex set of criteria and evaluations for Lake Erie tributaries and are reported statewide. This means that for instance, Ohio drains both to the Ohio River and Lake Erie, but the changes in the two receiving waters are not compared to the water quality analysis in the tributaries. 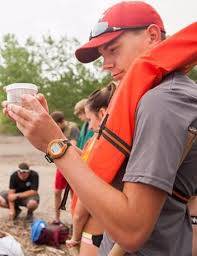 In short, Lake Erie water quality is analyzed by researchers on a subject by subject basis, but not lakewide, and there is no continuous monitoring, or often even sampling at the outfalls of the tributaries to Lake Erie.